Life of a Broiler

This story explores the relationship people have - or don't have - with their food before the plate. Chronicling for five months more than 100 broiler chicken's journey from hatch to table. These weren't your average store-brought chickens from the local grocery store. These birds were hatched, fed and coddled on the way to their inevitable end.

The adventure began in February at the Pennsylvania facility where the chicks were hatched, and at 1 day old, boxed and shipped through the U.S. Postal Service to Bonton Farms in Dallas. In June, the birds were sent to Cobb Creek Farm, a slaughterhouse and processing facility in Hillsboro. The journey ended at Cafe Momentum restaurant in downtown Dallas, where the birds were served to diners. 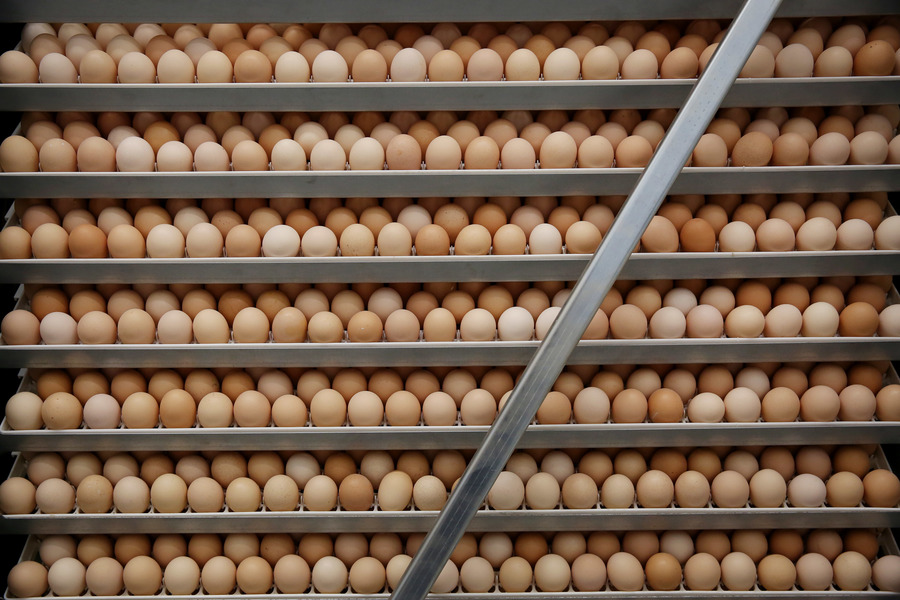 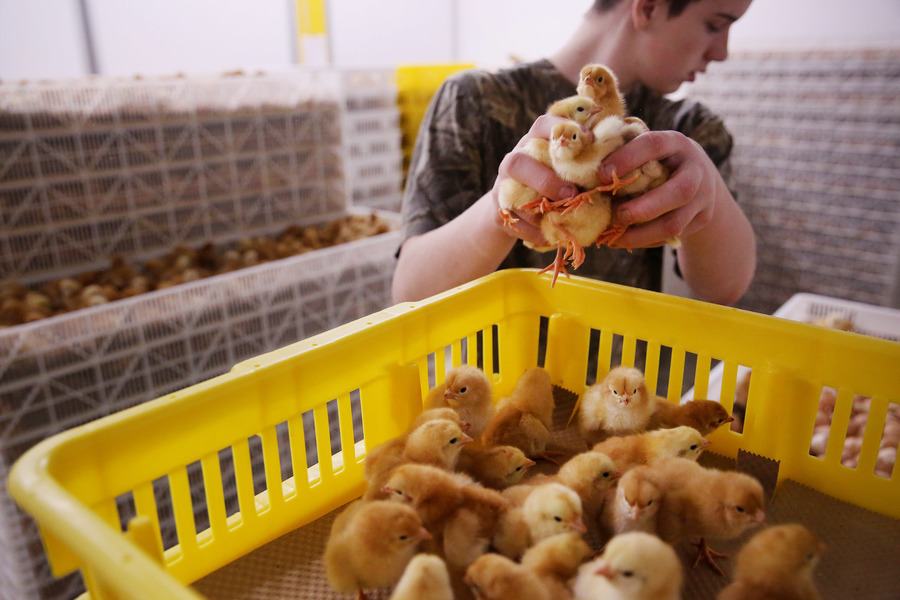 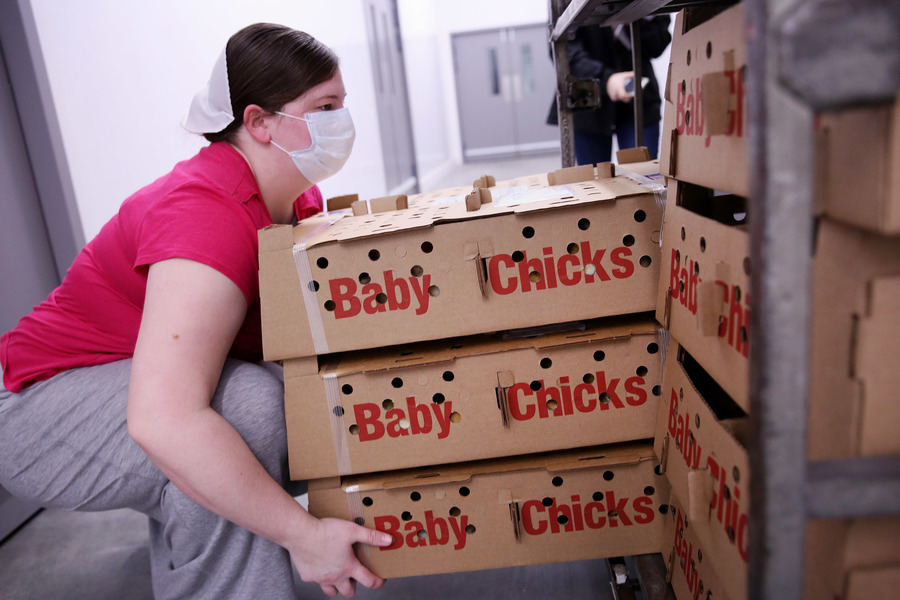 Nicole Ehst places boxed-up chickens to be sent to Bonton Farms and other locations on a moving crate at Freedom Ranger Hatchery. 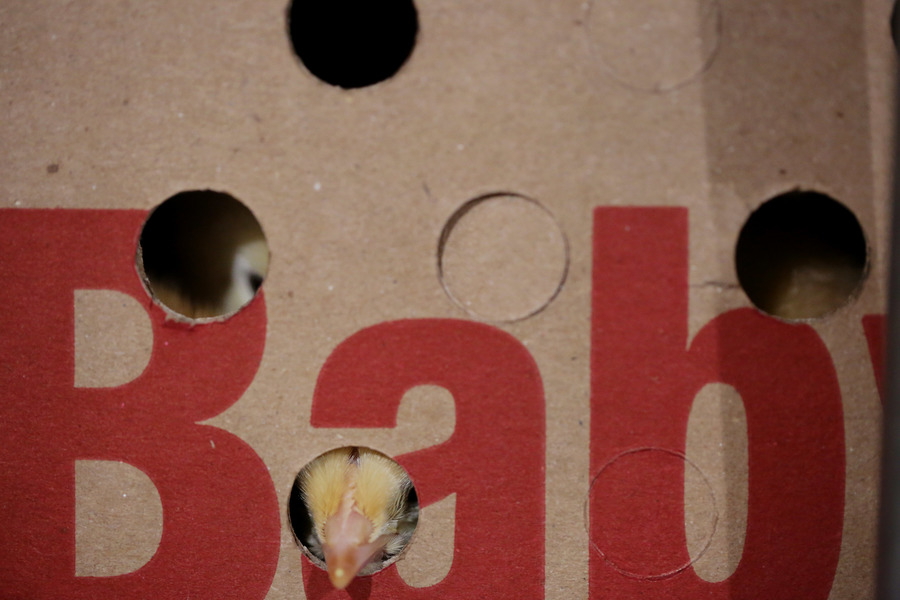 A Redbro chick headed for Bonton Farms looks out of a hole in a box while inside the U.S. Post Office Processing and Distribution Center in Lancaster, Pennsylvania. 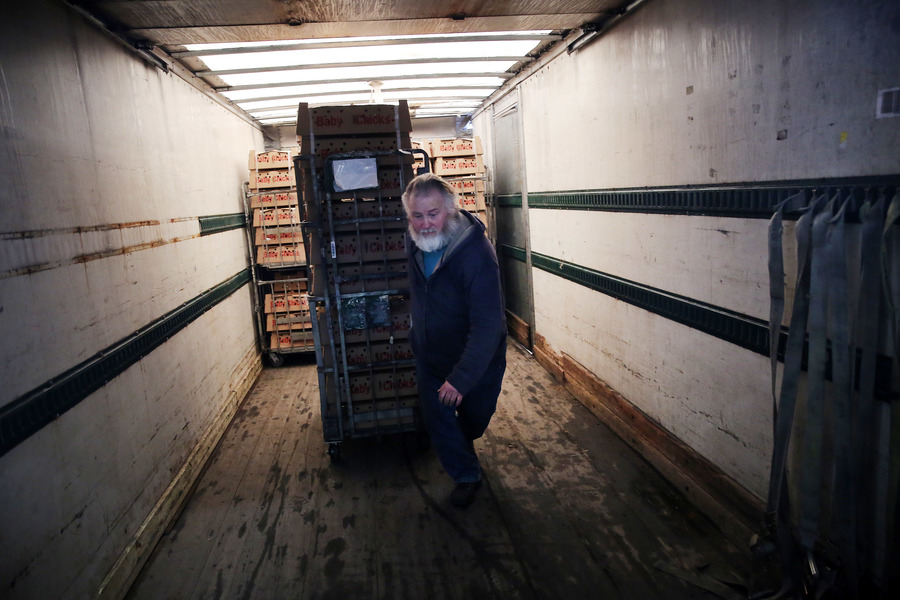 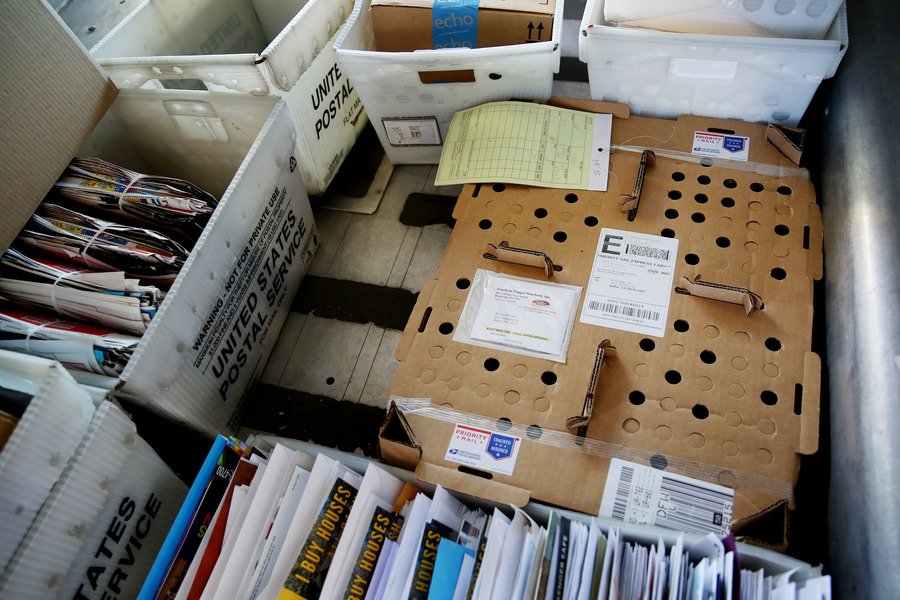 Redbro chickens sit among other mail in the back of a mail truck driven by United States Postal Service employee Zeeshan Ali before being delivered in Dallas on February 9. 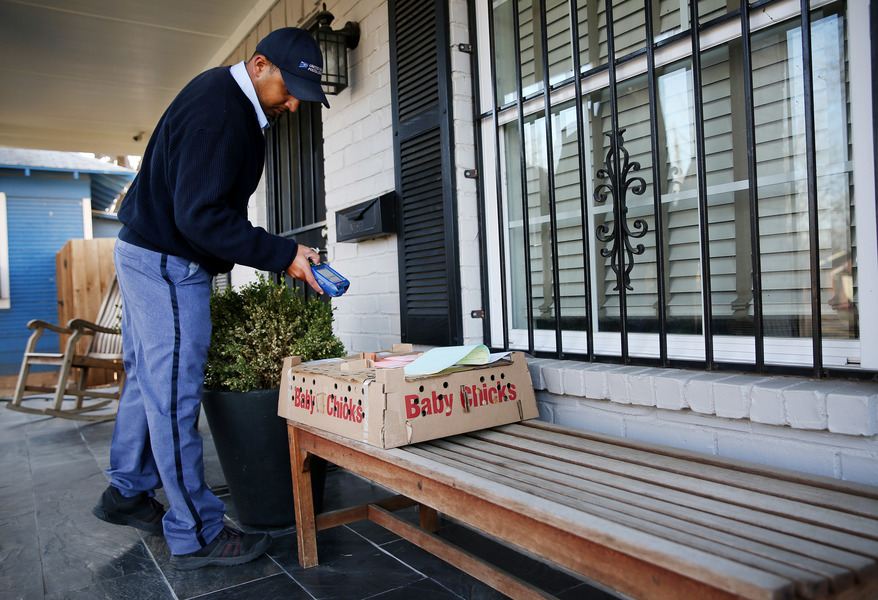 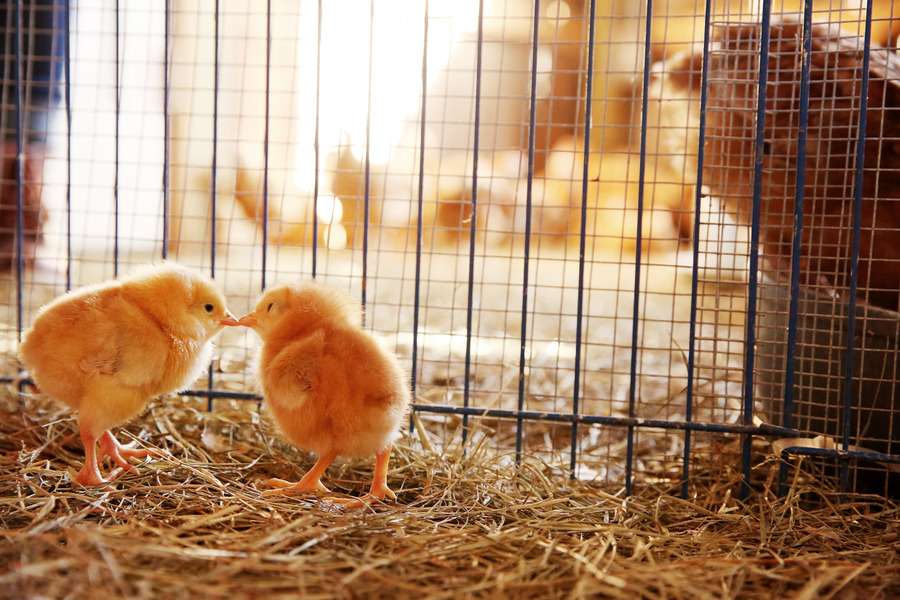 Redbro chicks just delivered to Bonton Farms become acquainted with their surroundings in a barn in the Bonton neighborhood of Dallas Thursday February 9. 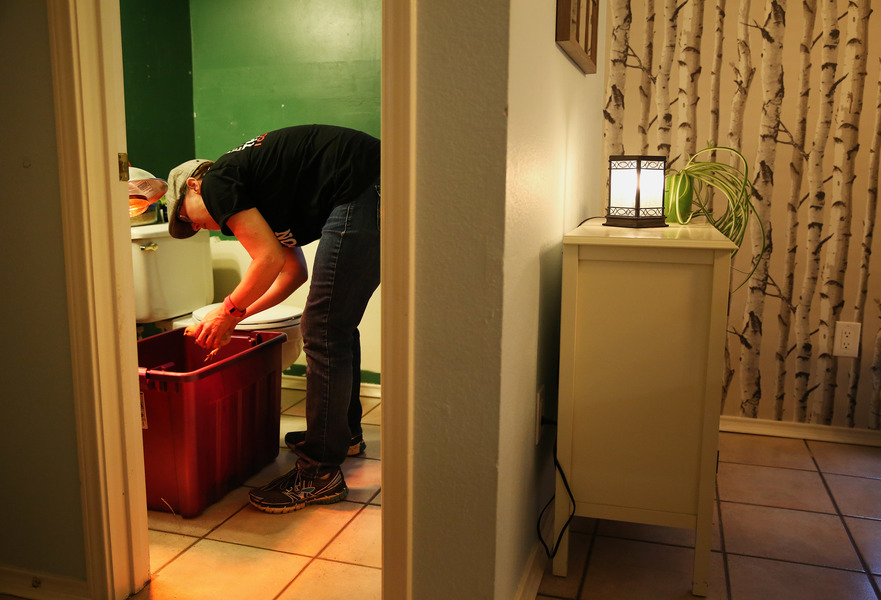 Kelsey Poyer prepares to return a chicken to Bonton Farms after it was watched over at her Flower Mound, Texas home Monday February 20. The chicken, one of nearly 100 that will be harvest by the farm, was found to have a disfigured foot. 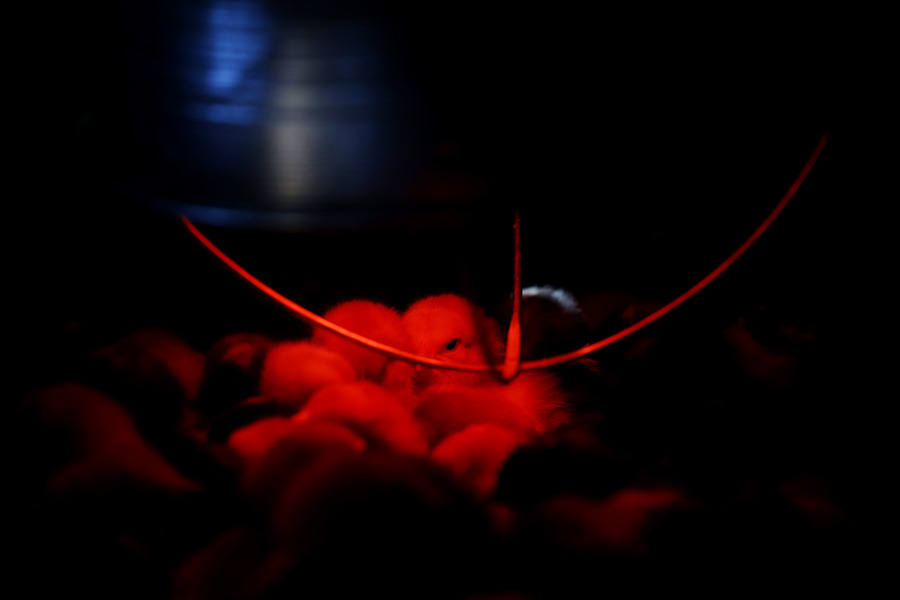 Chicks sit under a heat lamp in a barn. 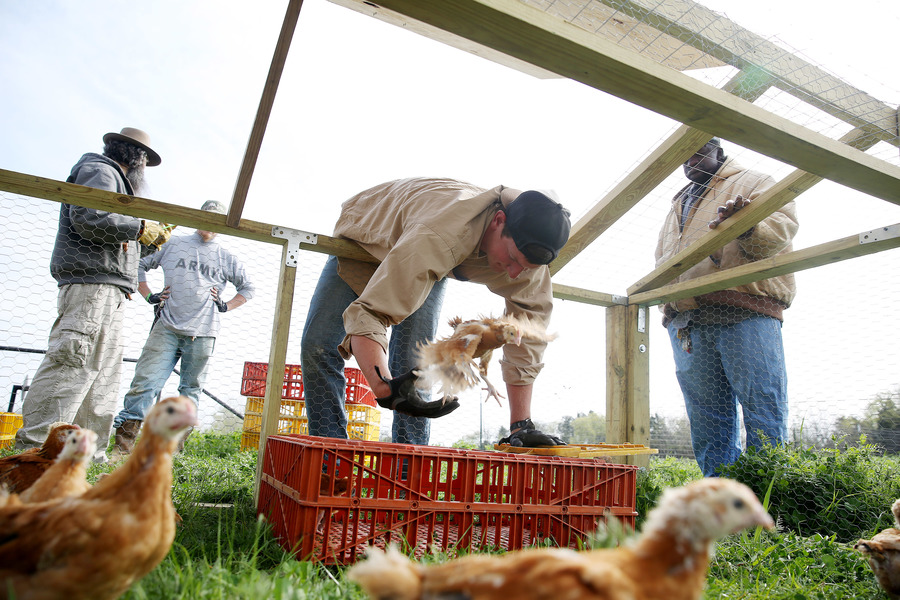 Joel Fletcher helps to release the Redbro chickens as the chickens were moved from the original farm to the chicken tractor on the 40-acre extension of Bonton Farms off Ravenview Road in southeast Dallas Monday March 15.

Farm worker John Treffinger and his dog Shadow and two egg laying chickens stand near a chicken tractor containing nearly 100 Redbro broilers. As the chickens are grown in the tractor they will help to prepare the land for future harvest by eating by cover crop and turning soil.

John Treffinger catches Redbro chickens on June 12 to be put in crates ahead of sending the broilers to the processor the next morning.

Farm manager Kim High and John Treffinger catch and place Redbro chickens in crates ahead of sending the broilers to the processor the next morning.

Grady Phelan, general manager of Cobb Creek Farm, moves Redbro broilers from Bonton Farms into the facility to be slaughtered, processed and packaged on June 13.

Sergio Monroy places a Redbro broiler from Bonton Farms in a hot wash after it was slaughtered in the kill room at Cobb Creek Farm. The hot wash loosens the feathers on the bird before entering the tumbler to remove the feathers.

Redbro chickens from Bonton Farms hang while in between processing steps.

Redbro chickens from Bonton Farms enter an ice bath after being killed and processed, but before being packaged.

One portion of 93 Redbro chickens from Bonton Farms is prepared to include a soy and bourbon glaze over a hull pea succotash and smoked cherry pico at Cafe Momentum on June 22.

Cafe Momentum prepared 93 Redbro chickens from Bonton Farms with a soy and bourbon glaze over a hull pea succotash and smoked cherry pico at the restaurant in downtown Dallas.